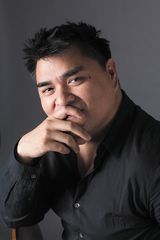 Jose Antonio Vargas is a Pulitzer Prize-winning journalist, Emmy-nominated filmmaker, and Tony-nominated producer. His work has appeared internationally in Time magazine, as well as in the San Francisco Chronicle, The New Yorker, and the Washington Post. In 2014, he received the Freedom to Write Award from PEN Center USA. A leading voice for the human rights of immigrants, he founded the non-profit media and culture organization Define American, named one of the World’s Most Innovative Companies by Fast Company. An elementary school named after him will open in his hometown of Mountain View, California in 2019.