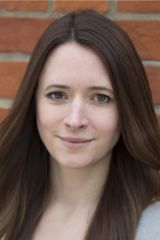 Helen Thomson is a writer and consultant with New Scientist magazine and was shortlisted as Best Science Journalist in the British Journalism Awards. She has won several other awards, including media fellowships at both Harvard and MIT and the Best Newcomer in the ABSW Science Writers Awards for Britain and Ireland in 2010. She has also written for The Guardian, The Washington Post, The Daily Mail and Nature. She lives in London.