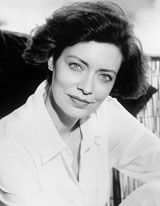 Victoria Foyt is an accomplished screenwriter and actress. In collaboration with independent filmmaker Henry Jaglom, she has cowritten and starred in the critically acclaimed feature films Babyfever, Last Summer in the Hamptons, Déjà Vu, and Going Shopping. She graduated from the University of Miami in her hometown of Coral Gables, Florida, and now lives in Santa Monica, California, with her two children and a golden Labrador puppy. This is her first book.