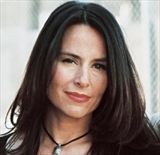 With five bestselling crime books under her belt, Aphrodite Jones has become a highly recognized authority on true crime. Jones has made more than one hundred television and radio appearances and has been quoted in articles that have appeared in the Los Angeles Times, New York Post, Daily News, The Hollywood Reporter, and USA Today. She is the author of the New York Times bestseller Cruel Sacrifice, and her account of the Brandon Teena story, All She Wanted, became an international bestseller and was transformed into the film Boys Don't Cry.