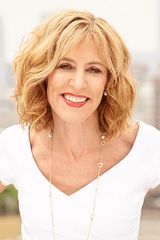 Christine Lahti is an acclaimed director and stage, television, and film actress with a career that spans over forty years. She won an Oscar for her short film, Lieberman in Love; an Oscar nomination for Swing Shift; a Golden Globe Award for No Place Like Home; an Emmy Award and a Golden Globe Award for Chicago Hope; and an Obie Award for Little Murders. On Broadway, she starred in God of Carnage and The Heidi Chronicles, among many others. Her films include Running on Empty and Housekeeping. Her television shows include Jack and Bobby, Law & Order SVU, and The Blacklist. She lives in New York City and Los Angeles.