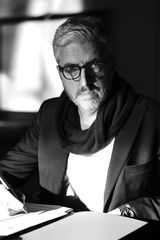 Anthony McCarten is a New Zealand-born novelist, playwright, journalist, television writer and four-time Academy Award nominated filmmaker. He is best known for writing the biopics The Theory of Everything (2014), Darkest Hour (2017), Bohemian Rhapsody (2018) and The Two Popes (2019), and producing motion pictures that entertain and inspire through the examination of some of history’s most interesting people. He received Academy Award nominations for Best Adapted Screenplay for The Theory of Everything and The Two Popes, and won two BAFTA awards for the former. Notably, the first three of these films won consecutive Oscars in the Best Actor category (for Eddie Redmayne, Gary Oldman and Rami Malik). Bohemian Rhapsody is the second highest grossing box-office drama of all time, after Titanic. His non-fiction work, Darkest Hour, was a Number 1 Sunday Times Bestseller. He lives in London.