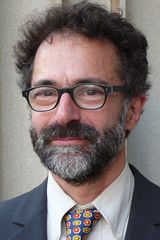 Michael Azerrad is a rock journalist, author and drummer. His writing has appeared in the New York Times, Rolling Stone, Mojo, Spin and the New Yorker. He frequently appears on television as a commentator on rock music and was most recently the editor-in-chief of the Talkhouse. He is the author of the books Come as You Are: The Story of Nirvana and Our Band Could Be Your Life: Scenes from the American Indie Underground 1981–1991.