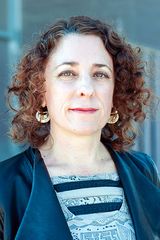 Melissa del Bosque is an award-winning investigative journalist who has covered the U.S.-Mexico border region for the past two decades. Her work has been published in international and national publications including, Time, The Guardian and Marie Claire. Her work has also been featured in television and radio on Democracy Now!, MSNBC, PBS, the BBC and NPR. Currently, she is an investigative reporter with The Texas Observer and a Lannan reporting fellow with The Investigative Fund.