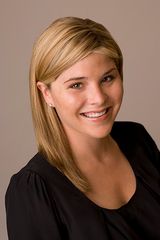 Gill Sims is the author of the hugely successful parenting blog and Facebook site ‘Peter and Jane’. Her first book<i> Why Mummy Drinks</i> was the bestselling hardback fiction debut of 2017, spending over six months in the top ten of the Sunday Times Bestseller Charts, and was shortlisted for Debut Novel of the Year in the British Book Awards. Her second novel <i>Why Mummy Swears</i> spent seven weeks at number one in the Sunday Times Bestseller Charts, and 19 weeks in the top ten.

She lives in Scotland with her husband, two children and a recalcitrant Border Terrier, who rules the house.

Gill’s interests include drinking wine, wasting time on social media, trying and failing to capture her lost youth, and looking for the dog when he decides to go on one of his regular jaunts.