MARY WALSH was born in St. John’s, Newfoundland. She studied acting at Ryerson University and is the creator of the CBC’s This Hour Has 22 Minutes, which has won numerous Gemini, Canadian Comedy and Canadian Screen Awards. She is a versatile actor and has appeared in both dramas and comedies, including the Gemini Award–winning Hatching, Matching and Dispatching, which she wrote and starred in. Recently, Walsh has starred in Sensitive Skin, Rookie Blue and Slasher. She currently has several feature films in development, and in 2017 the cast of Hatching, Matching and Dispatching will be reunited for a CBC feature called “Christmas Fury,” of which Walsh is the writer, producer and star. She is a Member of the Order of Canada and has received a Governor General’s Performing Arts Award for Lifetime Artistic Achievement. 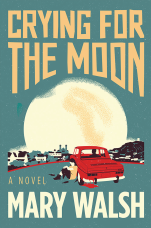