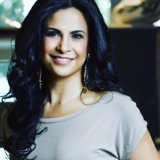 ZAHRA AL-HARAZI is the co-founder of Skillit, an experiential marketplace for skills. As the CEO of Foundry Communications, an internationally acclaimed, award-winning marketing and communications firm based in Calgary, Al-Harazi was selected as Chatelaine’s Top Female Entrepreneur, named one of the hundred most powerful women in Canada by the Women’s Executive Network and chosen by RBC as one of the twenty-five most influential immigrants to Canada. A sought-after speaker and consultant for leading institutions and events around the world, Al-Harazi served for several years as the Canadian ambassador for UNICEF. A true citizen of the world, she has lived on four continents, visited more than a hundred countries and argued for human rights in five languages.