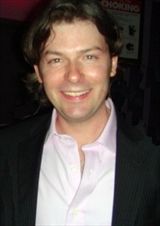 Christopher A. Farrell is president of FarrellTrading.com and founder of the Farrell Preferred Stock Arbitrage Fund, LP, a hedge fund. His first book, Day Trade Online, was a New York Times and USA Today business bestseller and also appeared on the bestseller lists of the Wall Street Journal and Business Week. Chris has been a featured guest on numerous television and radio programs, including CNBC's Power Lunch, and his work appeared in magazines such as Business Week and Worth. He is also a contributor to Active Trader magazine. Chris was formerly a trader for Wall Street's Gruntal & Co. and is a graduate of Colgate University.