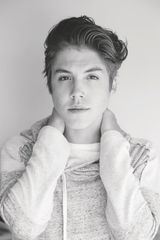 Ever since he was a kid, Matthew Espinosa was looking for a spotlight where he could perform and show everyone who he was. He cultivated a deep love for acting, creating, and humor and finally discovered Vine as a way to share himself with the world.

More than one billion loops and more than fifty-five million YouTube views later, Matthew has become a global phenomenon. After wrapping a hugely successful national headlining tour in 2015, Matthew continued his meteoric rise to fame by starring in Be Somebody, his first feature-length film, distributed by Paramount Pictures in 2016.

And this is only the beginning.

More Than Me is Matthew’s debut book. You can visit him online at www.thematthewespinosa.com.