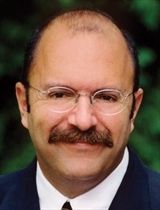 Ira Rosen is the author of Blue Skies, Green Fields: A Celebration of 50 Major League Baseball Stadiums. His photographs have been marketed worldwide by Stadium Views, Inc. since 1990. His images were featured in the 15th anniversary DVD of Field of Dreams, in the New York Times and USA Today, and on television programs aired on ABC, CBS, HBO, and TBS. He lives with his wife, Judy, in northern New Jersey.