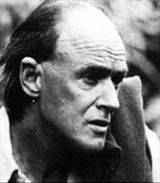 Helen MacGregor, Music Adviser for Kent, is the author of Music Express Years 1 and 2, and many best-selling A&C Black titles. Stephen Chadwick has composed music for many popular A&C Black titles, including the Music Express series and Singing French, as well as for Channel 4's Grid Club, the BBC's Bitesize series and Disney. Helen and Stephen collaborated on Roald Dahl's Snow-White and the Seven Dwarfs and on Roald Dahl's Goldilocks and the Three Bears.