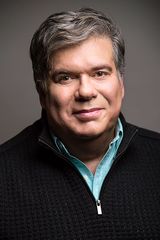 David Leite is a food writer, cookbook author, and web publisher. He founded Leite’s Culinaria (leitesculinaria.com) in 1999. In 2006, he had the distinction of being the first winner of a James Beard Award for a website, a feat he repeated in 2007. His writing has appeared in the New York Times, Martha Stewart Living, Saveur, Bon Appétit, Food & Wine, Pastry, Men’s Health, the Los Angeles Times, the Chicago Sun-Times, and the Washington Post, among other publications. His first book, The New Portuguese Table, explored the food of his heritage and won the IACP’s 2010 First Book: Julia Child Award. David is also a frequent correspondent and guest host on public radio’s The Splendid Table. He has been heard on NPR’s All Things Considered and has appeared on United Stuff of America, Beat Bobby Flay, and the Today show. When no one is looking, he still dances in his underwear in the kitchen.