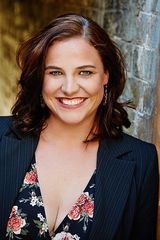 Nicola Moriarty is a Sydney-based novelist, copywriter and mum to two small (but remarkably strong-willed) daughters. In between various career changes, becoming a mum and completing her Bachelor of Arts, she began to write. Now she can’t seem to stop. Her previous works include the novel, The Fifth Letter, which was published in several countries and optioned by Universal Cable Productions for film and television. She blogs (occasionally) at her website here: www.nicolamoriarty.com.au.