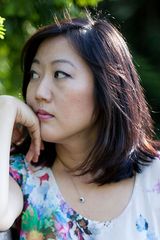 Christine Hyung-Oak Lee is a writer who lives in Berkeley, California. Born in New York City, Christine earned her undergraduate degree at UC Berkeley and her M.F.A. at Mills College. Her short fiction and essays have appeared in the New York Times and on BuzzFeed and the Rumpus, among other publications. She has been awarded a Hedgebrook residency, and her writing has been nominated for a Pushcart Prize.