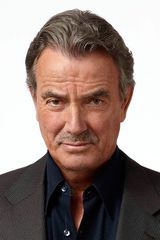 Since February 2, 1980, ERIC BRAEDEN has starred in the iconic television series The Young and the Restless, winning a Daytime Emmy for his role as the complex self-made billionaire Victor Newman. He has many other television credits to his name, and has starred in films, in numerous theater productions, including Shakespeare recitals, and on Broadway. Braeden has won two national championships in two different sports: In 1958, he won the German Youth Team Championship in Discus, Javelin, and Shot Put, and in 1973, he won the U.S. National Soccer Championship with the Los Angeles Maccabees.