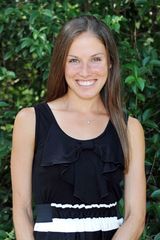 Becky Wade is a professional long-distance runner who competes for Asics. At Rice University she was a four-time All-American and the winner of the Joyce Pounds Hardy Award, Rice’s highest athletic honor, and the Conference USA honoree for the NCAA Woman of the Year award. After graduating Phi Beta Kappa from Rice with a triple major in history, psychology, and sociology, Becky traveled the world on a Thomas J. Watson Fellowship and visited 22 countries to explore long-distance running cultures.

In her 26.2-mile debut in December 2013, Becky won the California International Marathon, qualifying for the 2016 Olympic Trials. Currently, she is fulfilling her dream of running professionally and chasing Olympic aspirations, while coaching and working part-time at a shelter for homeless youth.