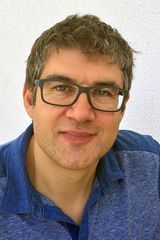 Simon Reynolds started his journalistic career in 1986 as a staff writer for the British weekly music paper Melody Maker. His writing has appeared in the New York Times, Spin, Village Voice, Rolling Stone, Artforum, The Wire, The Guardian, Slate, Frieze and the Los Angeles Times. He is the author of four books and five collections of essays and interviews. His books have been translated into ten languages.  Born in London, he now lives in Los Angeles with his wife and children.