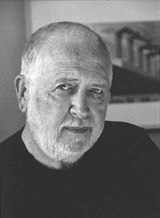 Chris Knight is the chief film and DVD critic for the National Post. He joined the paper shortly after its launch in 1998 and spent several years as a copy editor, during which time his favourite headline, for the Steve Martin film Bringing Down the House, was "may not bring down house." A graduate of Ryerson University's class of '93, he has also written for The Sunday Telegraph, Calgary Herald, Canadian Press and The Canadian HR Reporter. He thinks 1933's Duck Soup is the funniest movie ever made, although The Blues Brothers comes close.