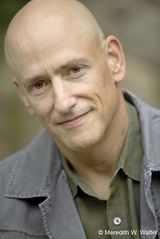 ANDREW KLAVAN is the author of the best-selling novels True Crime, filmed by Clint Eastwood, and Don’t Say a Word, a film starring Michael Douglas. His work has been nominated for the Edgar Award five times and has won twice. He is a contributing editor at City Journal and his articles have appeared, among other places, in the Wall Street Journal, the New York Times, and the Los Angeles Times. He lives in Southern California with his wife Ellen. They have a daughter, Faith, and a son, Spencer.