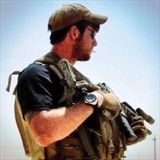 Jack Murphy is the managing editor of SOFREP.com and a former U.S. Army Ranger with multiple combat deployments in Iraq and Afghanistan. He is an eight-year Army Special Operations veteran who served as a Sniper and Team Leader in 3rd Ranger Battalion and as a Senior Weapons Sergeant on a Military Free Fall team in 5th Special Forces Group. Acting as senior trainers and advisers to an Iraqi SWAT team, his Special Forces soldiers conducted Direct Action and other missions across Northern Iraq. Having left the military in 2010, he now studies political science at Columbia University.