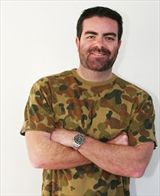 Brandon Webb is the editor-in-chief of SOFREP.com and a former U.S. Navy SEAL who served combat deployments to Iraq and Afghanistan. President George W. Bush awarded the Presidential Unit Citation to Webb and his SEAL platoon following their deployment to Afghanistan after September 11, 2001. After his final combat deployment, he was Course Manager for the U.S. Navy SEAL Sniper program, arguably the most difficult sniper courses in the world. The author of the bestselling memoir The Red Circle, Webb has appeared in the New York Times and on ABC News, CNN, MSNBC, FOX, the BBC, and other outlets.