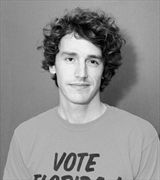 In his thirteen years as a journalist, Tyler Gray has covered everything from a teenager's death-penalty trial for murder to the drug- and sex-fueled shenanigans of fuzzy theme park characters in Orlando, Florida. His stories have appeared in the New York Times, Esquire, Radar magazine, Men's Journal, the New York Daily News, the Orlando Sentinel, the St. Petersburg Times, and other publications. He has appeared as a pop-culture and news commentator on ABC, CNN, MSNBC, FOX, Comedy Central's the Daily Show with Jon Stewart, and other television broadcasts. Gray is currently a senior editor at Blender magazine in New York City.