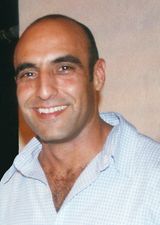 Chuck Gonzales doesn't know any princesses personally (other than his sister), but he thinks wearing a crown and not having to spend his own money can't be all that bad. His artwork has appeared in such diverse publications as the New York Times, Weekly Reader, Tiger Beat, and Cosmopolitan. Chuck Gonzales lives in New York, New York.