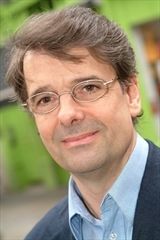 Alun Anderson began his career as a research biologist and has been the editor, editor-in-chief, and publishing director of New Scientist from 1992 to 2005, during which time he successfully launched the magazine in the United States. Previously he was the Washington DC bureau chief for the science journal Nature. Anderson lives in London but spends considerable time in the United States, where he is on the board of Xconomy in Boston.