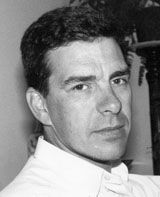 The Dragon Conspiracy is the debut novel of P. R. Moredun. He runs a marketing company in England. This book was written from stories he told his sons during long car rides, and he set it against twentieth-century history in the hope that they would become interested in one of his favorite subjects. He originally self-published this novel and publicized it by creating a model of a baby dragon, which is featured on the jacket. The dragon has been on display in the Natural History Museum in Oxford, England.