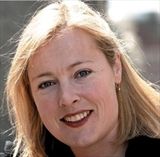 Gillian Tett was trained as a social anthropologist but became a journalist while doing fieldwork in Soviet Central Asia during the of communism in Russia. Since that time she has risen through the ranks of the Financial Times, holding positions on its economics desk before becoming the bureau chief in Japan. She now lives in London.