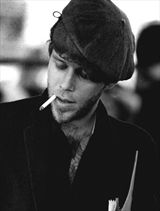 Tom Waits is an American singer, songwriter, composer, and actor. By integrating pre-rock styles such as blues, jazz, and Vaudeville with genres verging on the industrial, Waits has created a distinct musical persona. He has won two Grammy Awards and has been nominated for a number of other major music awards as well as an Academy Award for his soundtrack work.