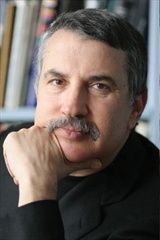 Thomas L. Friedman was UPI's Beirut correspondent from 1979 to 1981. In 1982, he became the New York Times Beirut bureau chief, winning a 1983 Pulitzer Prize for his coverage of the Israeli invasion of Lebanon. In 1984, he moved to Jerusalem as the Times bureau chief, and in 1988 won a second Pulitzer Prize for reporting. He is also the author of the national bestseller The Lexus and the Olive Tree. He was awarded a Guggenheim Fellowship for his work on this book. He lives in Washington with his family.