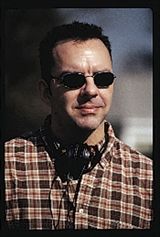 Academy Award®-winner for Best Original Screenplay, screenwriter Alan Ball counts American Beauty as his first produced feature film screenplay. He previously served as co-executive producer and writer for the television series Cybill, and also wrote for the sitcom Grace Under Fire. He was the creator of the critically acclaimed Golden Globe-winner for Best Television Series Six Feet Under, and served as the HBO series' executive producer.