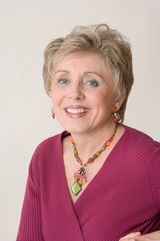 Lynn Johnston is the creator of one of the world's most popular comic strips, For Better or For Worse, which began in 1979 and is published in more than twenty countries. A Pulitzer Prize nominee, Lynn's many honors include the National Cartoonists Society's Reuben Award and the prestigious Order of Canada. Farley, the Old English Sheepdog from her comic strip, is based on a beloved dog—of the same name—she once owned. Lynn lives in Northern Ontario, Canada.