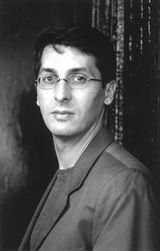 David Browne is the music critic for Entertainment Weekly and a former reporter for the New York Daily News. His articles on music and popular culture have appeared in Rolling Stone, the New York Times, Mojo, and other publications. A graduate of New York University's journalism program, be is the recipient of a 1996 Music Journalism Award for criticism. He lives in New York City.