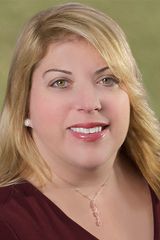 Debbie Cenziper is a Pulitzer Prize-winning investigative reporter and nonfiction author who writes for The Washington Post. She is also the Director of Investigative Reporting at the Medill School of Journalism at Northwestern University. Over 20 years, Debbie's stories have sent people to prison, changed laws, prompted FBI and Congressional investigations and produced more funding for affordable housing, mental health care and public schools. She has won dozens of awards in American print journalism, including the Robert F. Kennedy Award, given by Ethel Kennedy and the Robert F. Kennedy Center for Justice & Human Rights, the Goldsmith Prize for Investigative Reporting from Harvard University, and the 2007 Pulitzer Prize for local reporting. She is the author of two nonfiction books, "Love Wins: The Lovers and Lawyers Who Fought the Landmark Case for Marriage Equality," (William Morrow, 2016) and "Citizen 865: The Hunt for Hitler's Hidden Soldiers in America," (Hachette, 2019). Debbie graduated from the University of Florida and lives with her family near Washington, D.C. See also www.debbiecenziper.com.