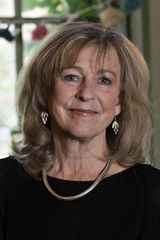 DEBORAH MOGGACH is a British writer who has written fifteen previous novels, some of which have been published in the US (Tulip Fever and, most recently, The Best Exotic Marigold Hotel—originally published as These Foolish Things). She has adapted many of her novels as TV dramas and has also written several film scripts, including the BAFTA-nominated screenplay for Pride & Prejudice. She has also written two collections of short stories and a stage play. She is a Fellow of the Royal Society of Literature, a former Chair of the Society of Authors and has served on the executive committee of PEN.