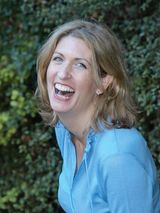 Cathy Alter’s feature articles, essays, and reviews have appeared in local and national newspapers and magazines including The Washington Post, Washingtonian, The Atlantic, The Huffington Post, Self, McSweeney’s, and SMITH Magazine. Her book, Virgin Territory: Stories from the Road to Womanhood was released in 2004 and her memoir, Up for Renewal: What Magazines Taught Me About Love, Sex, and Starting Over was released in July 2008. She holds an M.A. from Johns Hopkins University, where she is currently a faculty member and nonfiction advisor.