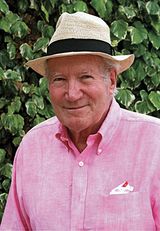 Sir Alistair Horne is the author of over twenty books on history and politics. They include A Savage War of Peace: Algeria 1954-1962 (winner of the Wolfson Prize); The Price of Glory: Verdun 1916 (winner of the Hawthornden Prize); How Far from Austerlitz?: Napoleon 1805-1815 ; and Seven Ages of Paris . In 1969, he founded the Alistair Horne Fellowship to help young historians at St. Antony's College, Oxford. He was awarded the French Legion d'honneur in 1993 and received a knighthood in 2003 for his work on French history. Horne and his artist wife, Sheelin, live in Oxfordshire.