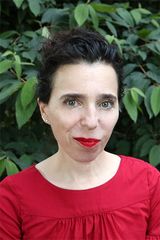 Rachel Felder is a journalist who specializes in writing about trends, fashion, and beauty. Her work has appeared in the New York Times, the Financial Times, Travel & Leisure, and Departures; she has also contributed to publications such as Women's Wear Daily, and the web sites of Vanity Fair and The New Yorker. Her writing has also appeared in People, Rolling Stone, Town & Country, New York, Gotham, and many other magazines and newspapers. The author of Insider London (Harper Design, 2017), Insider Brooklyn (Harper Design, 2016), Manic Pop Thrill (Ecco) and co-author (with Reed Krakoff) of Fighter (Viking Studio), she has appeared at conferences like TEDx Oxford and SxSW. She lives in New York City. Twitter: @rachelfelder Instagram: @rachelfelder