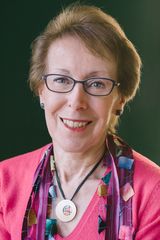 Cynthia Levinson is the award-winning author of We’ve Got a Job: The 1963 Birmingham Children’s March, which received four starred reviews and was one of Publishers Weekly’s Best Books of 2012, and Watch Out for Flying Kids!: How Two Circuses, Two Countries, and Nine Kids Confront Conflict and Build Community. Cynthia worked in education policy and divides her time between Texas and Massachusetts.