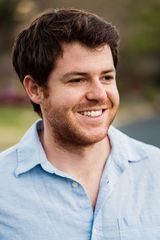 Bradley Jackson is a screenwriter and novelist living in Los Angeles. His debut feature film Intramural released by MGM/Orion Pictures was selected as a Critic’s Pick by the New York Times. He also cocreated the sci-fi comedy series Crunch Time for digital behemoth Rooster Teeth as well as cowrote and coproduced the documentary Dealt, which won the Audience Award at the 2017 South by Southwest Film Festival and was distributed by IFC/Sundance Selects. This is his second book with Mike Fry. Follow him on Twitter at @bradleyjackson.