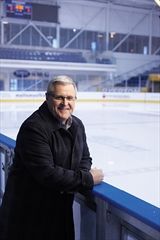 BOB MCKENZIE is the original Hockey Insider: the foremost hockey media personality in the world. With a Twitter following in excess of 900,000 and growing daily—number one in the hockey community—there is no more respected media voice in the game worldwide. McKenzie breaks news and provides insight and commentary for TSN's multitude of platforms and is an expert in everything from the NHL to the draft to the World Junior Hockey Championships and beyond. An analyst for NBC Sports, he also appears regularly on radio in all major hockey markets in Canada and on satellite radio across North America. Bob McKenzie is the name hockey fans and all those involved in the game have come to trust like no other.