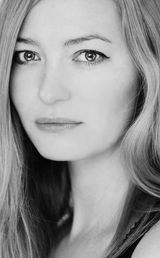 <b>HOLLY SMALE</b> wanted to write from the age of five when she discovered that books didn’t grow on trees like apples. Her passion for stories led her on a number of adventures, including modelling, teaching children in Japan, PR and backpacking across dozens of countries around the world. She has a degree in English literature and an MA in Shakespeare and Feminism from Bristol University.

<i>The Valentines</i> series is the blockbusting follow-up to the number-one, internationally bestselling and acclaimed <i>Geek Girl</i> series, which sold over three million copies in thirty languages and won the Teen and Young Adult category of the Waterstones Children’s Book Prize.