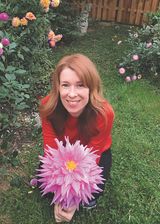 Margo Rabb is the author of the novels Kissing in America and Cures for Heartbreak; both received four starred reviews and were named to multiple best-of-the-year lists. Her essays and short stories have appeared in the New York Times, The Atlantic, and Seventeen and have been broadcast on NPR. She received the grand prize in the Zoetrope short story contest, first prize in the Atlantic fiction contest, and a PEN Syndicated Fiction Project Award. Margo grew up in Queens, NY, and currently lives near Philadelphia with her family. Visit her online at www.margorabb.com.