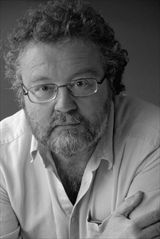 John Carlin is an acclaimed journalist and author who was the Independent's South Africa correspondent from 1989 to 1995. He has also written for the Times, the Observer, the Sunday Times, and the New York Times, among other publications. His previous books include Knowing Mandela and Playing the Enemy: Nelson Mandela and the Game That Made a Nation, which is the basis for the film Invictus.