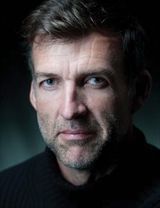 Explorer and environmental scientist Tim Jarvis has made four previous expeditions to Antarctica and the high Arctic. His re-creation of Sir Douglas Mawson’s 1913 trek across Antarctica was made into an award-winning documentary, Mawson: Life and Death in Antarctica. In 1999, Jarvis made the fastest unsupported trek to the South Pole, arriving in 47 days, and in 2001, he completed the first unsupported crossing of Australia’s Great Victoria Desert, covering 1,100 kilometers in less than a month. In 2009, he was selected for Yale University’s World Fellows program. A member of the Order of Australia, Jarvis lives in Adelaide, Australia, with his wife, Elizabeth, and their young family.