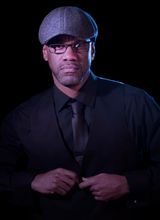 Dawud anyabwile is an Emmy Award-winning artist and the cocreator and illustrator of the groundbreaking comics series Brotherman: Dictator of Discipline, which is cocreated and written by his brother, Guy A. Sims. Dawud has also worked as a character designer on television productions such as The Wild Thornberrys and Rugrats as well as served as a production artist on a variety of music videos, commercials, and game animations.