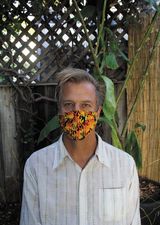 Cal Peternell is the author of Almonds, Anchovies, and Pancetta, A Recipe for Cooking, and the New York Times bestseller and IACP Award–winning Twelve Recipes. He grew up on a small farm in New Jersey and earned a BFA in painting from the School of Visual Arts in New York City, then was inspired to pursue a cooking career while living in Italy with his wife, the artist Kathleen Henderson. After working at various acclaimed restaurants in Boston and San Francisco, he began a nearly twenty-two-year stint as the chef at Chez Panisse, first in the café and then the downstairs restaurant. Cal’s culinary-education podcast, Cooking by Ear, launched in 2018. Cal and Kathleen have three sons and live in the Bay Area.