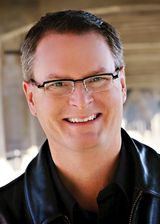 Adam Hamilton is the founding pastor of the United Methodist Church of the Resurrection in Kansas City. Started in 1990 with four people, the church has grown to become the largest United Methodist Church in the United States with over 18,000 members. The church is well known for connecting with agnostics, skeptics, and spiritual seekers. In 2012, it was recognized as the most influential mainline church in America, and Hamilton was asked by the White House to deliver the sermon at the Obama inaugural prayer service. Hamilton, whose theological training includes an undergraduate degree from Oral Roberts University and a graduate degree from Southern Methodist University where he was honored for his work in social ethics, is the author of nineteen books. He has been married to his wife, LaVon, for thirty-one years and has two adult daughters.